This guest post is by Meg Jayanth, author of the script for 80 Days. 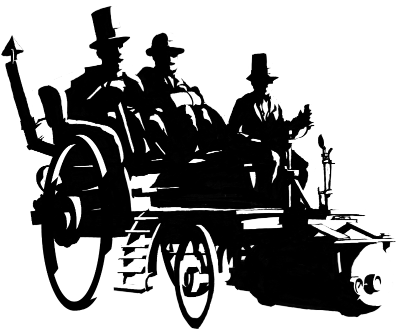 Verne was one of the pioneers of science-fiction: his novels mixed wild invention with careful, plausible explanations. His stories imagined the future - but to the modern reader, his visions can be marred by the prejudices and assumptions of the past.

We wanted to take Verne's sense of exhilaration and optimism about the future, and expand upon his perspective. We wanted to build a world that isn't comfortably settled into Victorian values, but is as slippery, changing, and as challenging to a contemporary reader as Verne's works were to his own.

80 Days is steampunk whose heart doesn't pump (only) Thames-water: a world shaped by indigenous retrofuturisms in Africa and Asia and the Americas, which resist and disrupt the conventional narrative of history.

We wanted to write steampunk where the automaton armies of the Zulu Federation turn away the depredations of European colonists scrambling for Africa - where the technology that built the British Raj is being used to dismantle its foundations - where the Panama Canal is dug using Haitian ingenuity, tipping the balance of power away from the United States - and where the stories usually told in the margins spill over into the text, and half of them belong to unexceptional women.

We think all this will make our game better, richer, funnier, wilder. We tried to write steampunk which addresses race and class and empire, that goes beyond bustled-and-corseted nostalgia. To build a hungry, radical, fantastical world. Writing historically shouldn't be an excuse to fetishise outmoded ideas, but to invent better ones.

Welcome to the future.