Joe had the idea for our highland game.

The "idea" here doesn't mean the idea of setting a game in the Highlands (okay, he had that idea too), but rather the "idea" is the "idea" which sits at the heart of the game and makes the game into this game. It's the idea we haven't talked about yet (except occasionally, by accident.) We've not formally declared: "hey, we had this idea."

But when he told me the idea - which I'm not about to tell you, now - it reminded me of something. And for a long time I couldn't put my finger on it. When I say a long time, I mean multiple years, because Joe told me this idea in 2017 and I just realised what it made me think of.

If you want to know, the clue is in the title of this post. It's a book called The Songlines by a writer called Bruce Chatwin.

The Story of a Journey 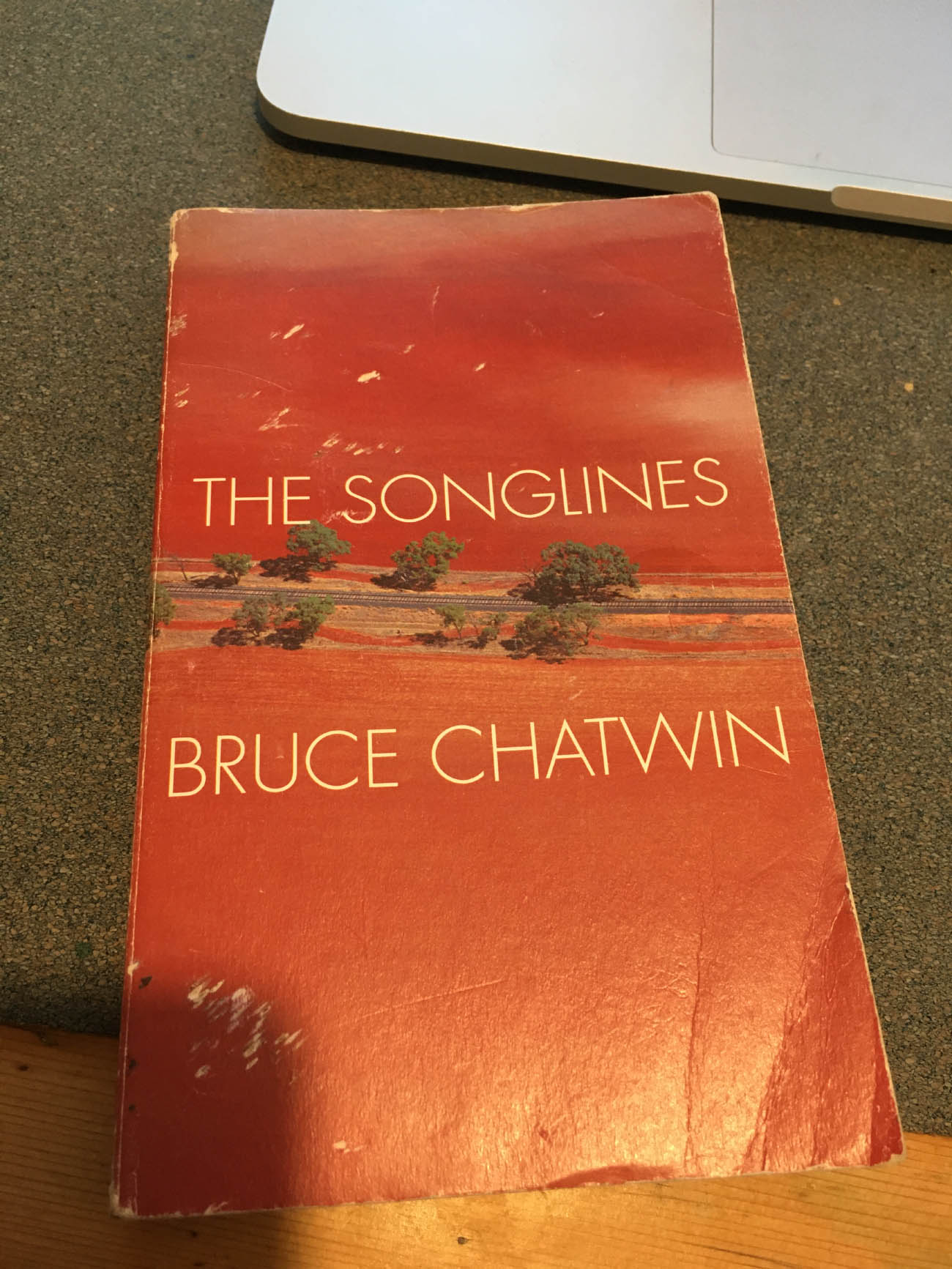 The Songlines was published in 1987, which makes it essentially ancient history at this point. I read it much later, after writing a play about two explorers in a post-apocalyptic desert arguing about whether a line of burnt-out cars indicated a path to follow or not, when various people in my family told me my play was "basically just The Songlines". They were wrong - my play had more jokes in it, and ends on a gunshot - but they were also right; the play, like the book, was about route-finding, about journeys, stories and lines.

It's a sort-of anthropological book; it describes a journey by the author into Australia. I can't remember what happens on this journey and it's not terribly important. But the book culimates in a collection of thoughts about walking: what it means to walk and how people know which way to walk.

It proposes that us humans are not defined by being "the animal that talks".

We are "the animal that walks". 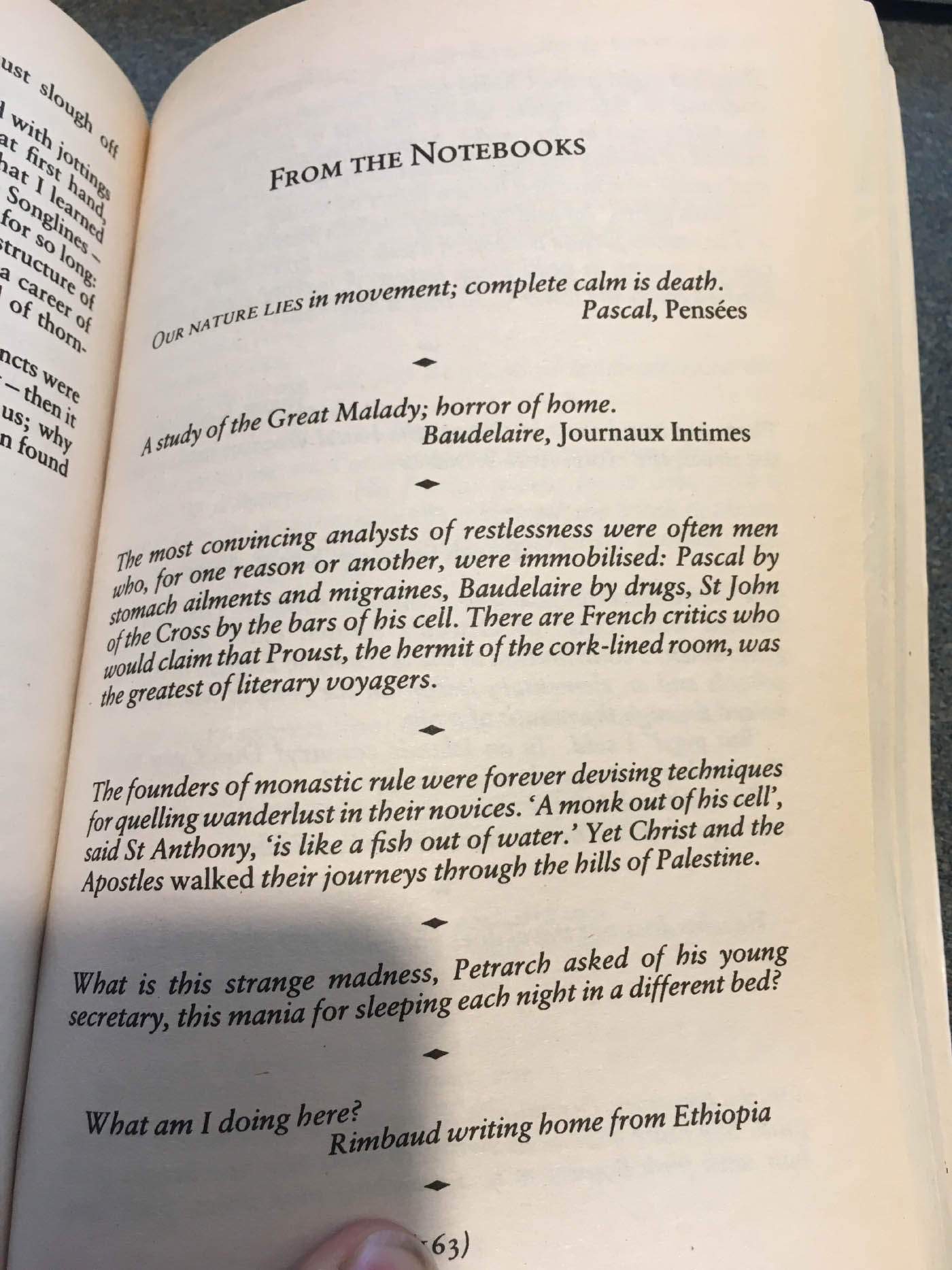 That sounds ridiculous but it isn't, it's really fascinating.

(This, by the way, is what I think anthropology is supposed to do: take something really mundane and then make you realise how fascinating and bizarre it is. My favourite example of that is "the three-second rule"; the one that allows you to eat crisps which have fallen on the floor of a pub, but only if they've been there for three seconds or less. After that, they become instantly disgusting and filthly. That's sensible, right? Wait. No, it's not. Anyway.)

The Journey of a Story

One of the things discussed in The Songlines (which, I should warn you, may or may not be true, and may be massively oversimplified) is the way Aborigines use stories - songs - as a way to navigate the enormous terrain of the Australian interior. Without maps (there being no paper, presuambly), the traveller recalls a tale, the major beats of which take place at major landmarks along the route. Here is the tree where the story begins; here is the rock where it continues; here is the river the characters crossed; and here is the ending, right where we wanted to go. The stories are the journey, and the journey repeats and reinforces the story.

The sounds ridiculous, doesn't it? Except, only, how many times have you walked through a city and said to your friend, "we go past the place where we met so-and-so; then turn left at that tree you tried to climb but feel out of; then right at the cinema complex where you were stood up that time; and then it's at the end of the street."

The Joy of Walking

This game is a journey about stories, that form the story of a journey. It's also about how glorious, how basic, how simple and how delightful it is to walk.

And when walking is truly delightful, one breaks into...