When we released 80 DAYS last year, it was something special for us, but we didn't expect people to take it into their hearts the way they did. But we also knew we weren't quite finished with the game, either. There were still more adventures to tell and more places to explore.

Last Christmas, when we brought the game to Android, we indulged ourselves a little by including a new journey - a perilous, possibly even fatal trip to through the Arctic to the North Pole itself.

Now, to celebrate the PC and Mac editions coming on the 29th September, we've added a huge new update - so big we've been calling it internally "Season 2".

If you want to embark on new adventures without spoilers look away now! Otherwise, here are a few juicy details about what's coming up. 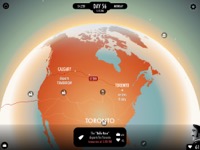 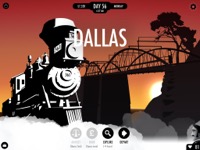 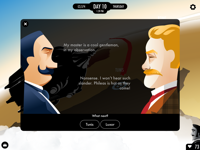 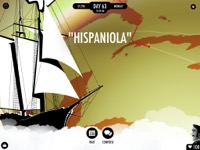 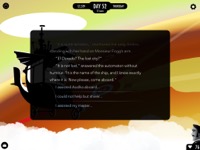 Free on all platforms, this update brings the total number of cities to 169, and opens up North America, Canada, South America for full exploration, as well as adding new highlights along the way - the clockwork city of Zurich, the tiny settlement of Pitcairn Island, the monasteries of Meteora Valley and a dark night in Machu Picchu (and props if you can find that one, by the way).

The update also adds one huge new plot-line, which sees Passepartout falling prey to Europe's most notorious international jewel-thief, the Black Rose. Is she friend or foe? What is her interest in the valet and his master? And will she be able to discover the Artificer's greatest secret?

“I have learned that the wealth of the Artificers has grown beyond what they might keep in the banks of any one nation without paying large sums of taxes. So they have begun, in secret, to store it away in a vault of their own devising.” - The Black Rose

But who is she, really?

We've also returned to Verne for more inspiration: most notably, somewhere in the world, a certain Verne hero is preparing a ballistic rocket, ready to fire himself into the sky... 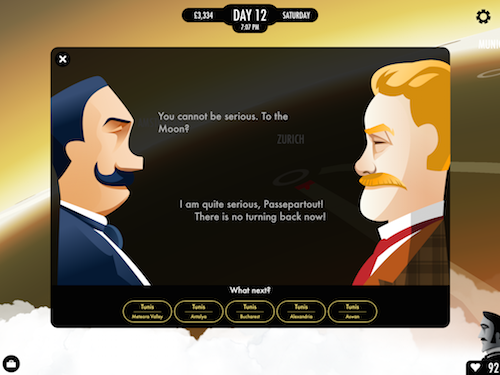 “Hold on. I dare say this will be somewhat more dramatic than last time!” - Michel Ardan

Deputise for a corrupt Sheriff, play poker with a billionaire, go over Niagara Falls, rekindle a lost romance, discover Port Moresby (to the surprise of its inhabitants) and soar skywards with the curious Levitating Atheists of Valaam.

Hundreds of new people to meet, with secrets, hopes, dreams and grievances to discover.

“It is too refreshing to be anonymous for a few minutes, out here above the world.” - 'Lalla'

80 DAYS isn't a game about endings, but there are a few more of those to be found: two in particular, we think, are destined to be real crowd-pleasers...

The new release brings the game's total word count to nearly 750,000 words, longer than the first five Harry Potter novels combined. It's also pushing our inklewriter engine to its limits.

“I suppose that's the real truth. We are all connected by a hundred untaken journeys.” - The Lady Aodha

This is, we think, the definitive edition of 80 DAYS, and it'll available to play in just two weeks time. We couldn't be more excited. And if you're looking forward, do stop by the Steam Store's community page and let us know!