An analogy just popped into my head that goes some way to explaining why I like the idea of interactive books.

While listening to music (Mozart this time, but this holds true to any musical genre), I often have a longing to play along. I wish I am the pianist tinkling the ivories expertly with passion and precision. Some people drum their fingers, some whistle along, others can play along. (As a half measure, I can recommend learning a simple blues scale in a simple key and bashing a keyboard along to some jazz. There are few notes to learn, and most things sound good!)

Guitar Hero was popular because it so successfully constructed the feeling that you were playing, despite the relative extreme simplicity compared to the real thing.

The feeling that you're a part of the music elevates it further than listening passively. It helps you to concentrate, discern the themes and follow the threads.

And, whether we've achieved it or not, this is precisely what we're trying to do with inklebooks. The point is absolutely not to allow the player to do anything and go anywhere or change the story. The point is to let them play along within the musical score, working inside a narrow margin of narrative creativity. (As an aside, how nice to confidently be able to use the word "player" over "reader" for once!)

An opportunity for self-expression goes a long way as long as the boundaries are well-defined. At the very least, as the lead guitarist or first violin, you should be able to vary the intensity and timing of the notes. But we can go further: we can provide the narrative equivalent of a solo with the opportunity for improvisation. However, the boundaries and parameters of this improvisation needs to be well defined. You need to start at the right time, in the right key, continue the narrative of the composition, and hand over gracefully to the rest of the band by the end.

Therefore, the goal is to bring the concentration and the focus to a magnificent story that players of guitars, both real and plastic, get when they play along to a pre-written score. Very few video games have done this successfully, despite their mastery of immersion and interactivity in other contexts. Usually the story is interleaved with the player's interactions, rather than integrated.

And that is perhaps inkle's highest ambition. Here at inkle we're winding down for the Christmas break, but we didn't want to go silent without first letting you know how the Sorcery app is coming along. Hallowe'en has been and gone, and it's been Frankenstein season here at inkle. First was the very pleasant news that Apple were featuring the app as part of their seasonal specials. Then there were two events where we got to show the book and talk about how it works to people on both sides of the industry: firstly, to a group of readers, and then, to a conference of up-and-coming new entrants into the world of publishing.

We've seen a few bits of positive feedback for Emily Short's epistolary story First Draft of the Revolution since its release a few weeks ago. (Here's a nice review on Kotaku).

But we've also seen some really interesting... not criticisms, exactly, but confusions. Ways in which the expectation of players didn't quite match what they got. And the one that seems to recur is this question: "Can the player change the story?"

To celebrate the launch of our inklewriter for Kindle service, we're happy to announce a short new inkle release.

The Intercept, by Jon Ingold

Bletchley Park, 1942. A component from the Bombe machine, used to decode intercepted German messages, has gone missing. One of the cryptographers is waiting to be interviewed, under direst suspicion. Is he stupid enough to have attempted treason? Or is he clever enough to get away?

The Intercept is of short-story length and will take about twenty minutes to read fully.

So, you've written a twisty, turning interactive story. You're done, but you still don't have something you can hold in your hand. There's one thing missing, and that's the ebook version. Wouldn't it be great if you could read your story on your Kindle, or even sell it through Amazon's self-publishing service?

You guessed it. Now you can. 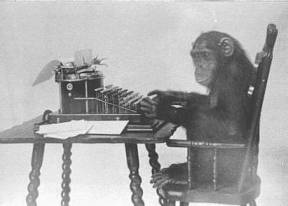 Today sees the release of inkle's first project. Not the first released, obviously, but the first thing we actually did after founding as a company late last year. Entitled First Draft of the Revolution, it was written and conceived by acclaimed narrative designer Emily Short, and prototyped and produced by Liza Daly, with inkle stepping in to finish off the final development and provide the visual design.

It runs on modern web browsers, and there's also a version for Apple's iBooks. Try it out for yourself.

The ink's still wet, but we've just signed the contract on our next inklebook project. I'm not quite ready to announce it yet (though there have been plenty of clues on Twitter over the last few weeks) but it's an interactive novel, built on the same core technology as Frankenstein. The big difference is that this time, what we're making is a game, and not a book. We've talked it over and we're sure. But unfortunately, we still don't know exactly what that distinction means.

Today we get to finally announce our latest project, created in partnership with Edmund Pevensey in America: Seven Poets and the Assassin's Secret, a real-time, serialised adventure story for iPhone, iPad and iPod touch.

With the Future Voices competition in full swing, we thought it might help those new to writing interactive stories and trying out inklewriter for the first time to give a quick shopping list of ways you can use interactivity in a story to powerful effect.

None of these ideas are new, and not all of them will suit every project. But maybe some will tickle your imagination! So without further ado, let the countdown commence!