One of the things we did when adapting Sorcery! was to stuff it so full of hidden surprises and Easter eggs that wandering off the beaten track and trying new things would always be worth your time.

And with the series making its Android debut next Wednesday, we thought it'd be a good time to set a few challenges.

Sorcery! 3 is still being written, but so far, if you're smart and observant, you should be able to: 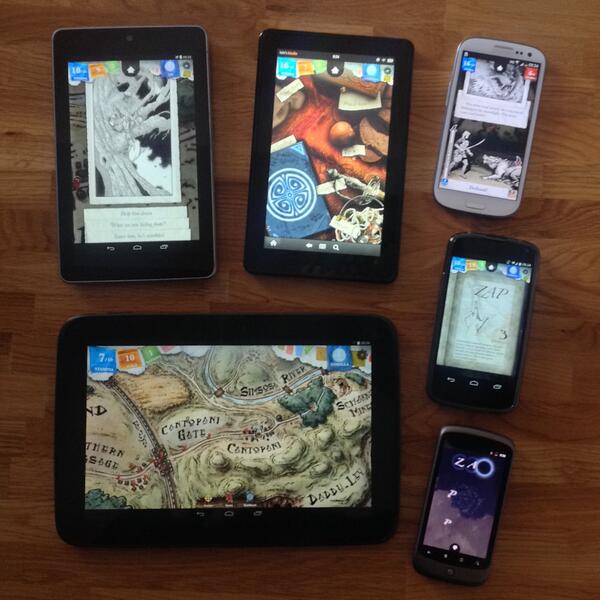 Are you ready for adventure? 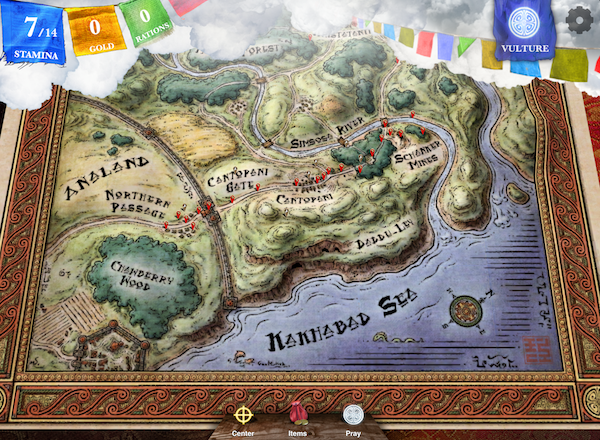 We're making a new game. Think you know what it is? Care to bet?

Written by Meg Jayanth. Designed and developed by inkle. Published in association with Profile Books. Interactive fiction like never before. Arriving soon!

To celebrate the new year - and to take a few weeks off from actual development for once - we've spruced things up around here, with a brand-new layout for our website. From the front-page you'll now be able to see all the projects we've worked on over the last two years, from Sorcery! through Poems By Heart via First Draft of the Revolution and Frankenstein. Browse around and let us know what you think.

Also - we're looking to expand. Like what we do? Check out our join us page.

Oh, and if you're waiting on the Android release of Sorcery! - stay tuned, it's coming, promise. Sorcery! 2 has now been out just over a week, and several thousand people have entered the city: some of them have even left again. It's been an exciting week for us, trawling the internet on the look-out for reviews, which ranged from enthusiastic 5/5's like this one on Slide To Play to this 8/10 Silver Award-winning review on Pocket Gamer which reads like the reviewer had something of a harder time of it. The overall result is good - our Metacritic score is 88, three points up from last time around..!

Today is inkle's second birthday - and in another way, it's also Sorcery!'s, because today Steve Jackson's Sorcery! 2 has hit the App Store, ready to take you on an adventure into Kharé, the Cityport of Thieves.

The first few reviews are already in: Capsule Computers gives it 9.5/10, while at Pocket Tactics they went the whole way to 5/5, and at Gamezebo they say its "so artistic you'll want to hang it on your wall", with a 5/5 review.

A couple more bits of wordage on the internet in the last few days:

First, a long interview on 100% Indie covering Sorcery!, the second in a series of posts, the first of which interviewed Fighting Fantasy shield-bearers Tin Man Games.

Next up, a long interview at MicroFilmaker Magazine, a site for indie creatives of all kinds, about inklewriter, with a little Sorcery! in the mix as well.

Lastly, inklewriter gets a brief but lovely mention in the Not A Game podcast on game authoring tools.

Here at inkle we've just submitted our release build for Sorcery! 2 , and finished up our trailer for launch, which leaves us with nothing left to do but sit back and wait for launch. So we've been filling the time with talking.

First up, a guest post about the creation of Sorcery! for Pocket Tactics, talking about how we developed the first game, and what we've done to make the second one bigger and more expansive. Want to know why the Blade Runner adventure game was one of our influences? Read on...